Are there set example sentences used when developing a conlang?

When working on fonts, it's typical to use a pangram to show how it handles letters, like so: 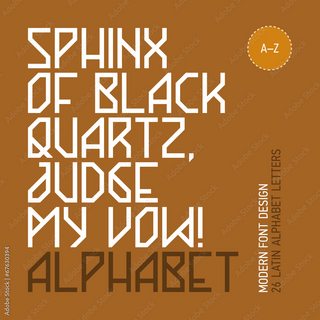 Is there an equivalent set of sentences for testing how a conlang handles things like clauses, conditionals, pronouns etc?

I'm asking as I'm trying to figure out how my conlang with an idiosyncratic sentence structure (topic marker (linked to the class of subject or object or the verb) - one of several first person pronouns - relationship marker - object and/or subject and verb.) would handle some of the above things?

Probably the closest thing is the text of the Tower of Babel legend that has been (is still?) customarily used to demonstrate your conlang (the alternative being the Lord's Prayer, but this suffers from stilted, archaic language and a necessary religious bias; OTOH, it is available for almost all natlangs). Not quite demonstrating all the possible grammatical features, but the text is rich and long enough to demonstrate basic concepts, and yet short enough to be easy to translate without too much effort.

I have found these 218 Sentences to Test Conlang Syntax quite useful.

The sentences range from demonstrating tense, aspect and mood:

to demonstrating more sophisticated concepts such as clausal subjects:

Why he has left the city is a mystery.

and inferential knowledge and evidence:

Evidently that gate is never opened, for the long grass and the great hemlocks grow close against it.

I did find it useful to make many more variants over time, and a version which indexes the grammatical concepts so that you can look up later how you did it would be an improvement. But it's a very good foundation, for my [unspent] money.

This google doc is my master copy, of which you are welcome to make your own in the file menu.

I originally found it here, 8/25/13. The original site was down, so I saved them. I understand credit is due a Mr. Gary Shannon.

Another common one I've seen among conlangers is The North Wind and the Sun, from Aesop's fables. The IPA (the association, not the alphabet) uses it as a demonstration text; after they describe a language's phonetics and phonology, they'll usually give a transcription of the fable in that language. This means that there are a lot of parallel versions out there to compare.

For reference, this is the version they used for General American English:

Various translations into other natlangs are catalogued at the Aesop Language Bank. For example, here's Turkish.

There are a few other sample texts that are especially common for Indo-European conlangs.

The King and the God is a short passage based on an episode from the Brahmanas:

The King and the God
Once there was a king. He was childless. The king wanted a son. He asked his priest: "May a son be born to me!" The priest said to the king: "Pray to the god Werunos." The king approached the god Werunos to pray now to the god. "Hear me, father Werunos!" The god Werunos came down from heaven. "What do you want?" "I want a son." "Let this be so," said the bright god Werunos. The king's lady bore a son.

Various PIE scholars have used this as a way to demonstrate different reconstructions of Proto-Indo-European. For example, here's Byrd's:

Another text used for the same purpose is Schleicher's Fable:

The Sheep and the Horses
A sheep that had no wool saw horses, one of them pulling a heavy wagon, one carrying a big load, and one carrying a man quickly. The sheep said to the horses: "My heart pains me, seeing a man driving horses." The horses said: "Listen, sheep, our hearts pain us when we see this: a man, the master, makes the wool of the sheep into a warm garment for himself. And the sheep has no wool." Having heard this, the sheep fled into the plain.

This was introduced by August Schleicher in the 1800s (hence the name) to demonstrate his theories about PIE, and since then has become a standard way of showing the difference between PIE reconstructions. For consistency, here's Byrd again:

You can find a nice overview of several different reconstructions in the Wikipedia article.

Neither of these is as common among conlangers as The North Wind and the Sun or the Universal Declaration of Human Rights, but they're moderately popular among people making a posteriori Indo-European languages, because you can find several different reconstructions for different stages of Proto-Indo-European and its descendants (Proto-Germanic, Proto-Indo-Iranian, etc) to compare against.

The first article of the Universal Declaration of Humar Rights seems quite popular in some circles, i.e. r/conlangs.

All human beings are born free and equal in dignity and rights. They are endowed with reason and conscience and should act towards one another in a spirit of brotherhood.

I use it for my conlangs.

Not the answer you're looking for? Browse other questions tagged conlang-creation or ask your own question.

8
How to showcase a conlang?

26
Are there any good programs out there to help when constructing languages?
17
What are the benefits of inventing irregular verbs in one’s conlang?
10
Are there any rules of thumb for number of "steps" between two points in a language's natural development?
11
Are there any constructed languages designed for legal agreements / country constitutions?
13
Are there any "unspeakable" languages?
9
Are there any Conlangs using Chinese characters?
12
Are there any free online conlang creation tools?
3
What to do when my conlang has a word that means something in one of my languages?
5
Is there any general rule for constructing a word? Example: "q" or "w" should not end a word, something like this
7
Do I need to start with a phonology when creating a new conlang?