Is is okay that most consonant assimilations result in a phone whose dedicated letter doesn't exist?

Whilst worldbuilding, I decided to make a conlang. A lot of consonant assimilations happen in this language. This language is supposed to be spoken by angels.

My native language is Korean, btw. Korean also has many consonant assimilations.

My conlang uses Latin alphabets except W. No diacritics. All of them is pronounced as their IPA counterpart, except four:

Plosives are tenuis by default.

In my conlang, syllables have structure of (C)V(C). So two syllables can make two adjacent consonants. Every combination of two consonants can occur. That's where consonant assimilation happens, and also where this question arises. Let's call CC "former consonant" and "latter consonant", respectively:

To show all combinations: 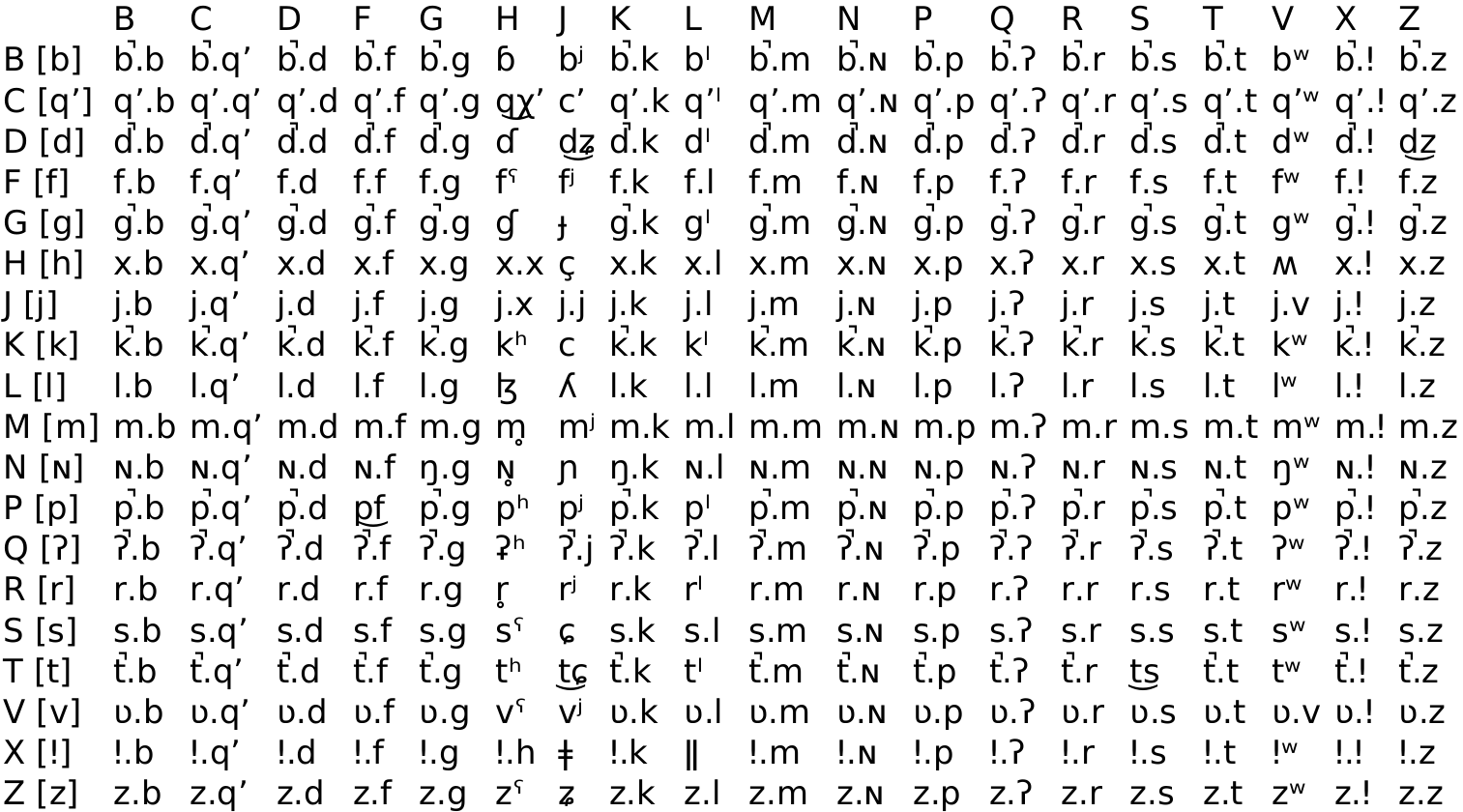 I set these consonant assimilations to make pronunciation easier, but my concern is that these introduce too many new phones that lacks their own letters. Are they tolerable?

I would argue that the orthography of your conlang is not just OK but really excellent given your description of the phonology.

Why is this the case? It keeps the number of letters needed to write the language in a very comfortable range. The additional sounds are given by digraphs, a method that is often preferable over adding more letters to the basic alphabet or adding diacritics to the base letters.

I also imagine that the orthography keeps morphemes recognisable assuming that at least some morphemes are just CVC syllables and combining them results in assimilation.

Not the answer you're looking for? Browse other questions tagged conlang-creation phonetics or ask your own question.