Are there constructed languages with a tense system inspired by Theory of Relativity?

While present, past, and future are commonly found in natlangs and conlangs of all flavours, the disconnected region is a new feature brought in by the Special Theory of Relativity. Are there conlangs with a tempus system including such a region?

I think you are looking for the constructed language called Lojban

According to an earlier reference to its grammar,

Technical note for readers conversant with relativity theory: The Lojban time tenses reflect time as seen by the speaker, who is assumed to be a ``point-like observer'' in the relativistic sense: they do not say anything about physical relationships of relativistic interval, still less about implicit causality. The nature of tense is not only subjective but also observer-based.

There's been a proposal to have words expressing relativistic tenses that are different > from usual past, current and future used in most historical natural languages.

How this 4th tense would work? Consider we are 3 light years away from a star that explodes. And in 3 years we see the explosion. So what? How do we use this 4th tense?

It would be a tag with a modifier ue'ei.

There's also an interesting set of charts describing in detail the use of relativity theory in Lojban on the current lojban language site. 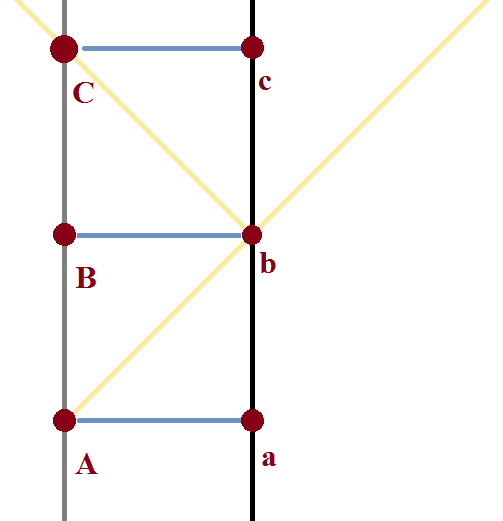 Lastly, in the Lojban Reference Grammar site, there is this little intriguing tidbit on Lojban tense usage.

In Lojban, the concept of tense extends to every selbri, not merely the verb-like ones. In addition, tense structures provide information about location in space as well as in time. All tense information is optional in Lojban

Not the answer you're looking for? Browse other questions tagged list-of-languages inspiration unnatural-features tense-aspect-mood or ask your own question.