Want to improve this question? Add details and clarify the problem by editing this post.

The scripts of South Asia (i.e. the Indian subcontinent), e.g. Devanagari, and Southeast Asia, e.g. Thai, are almost all derived from the Brahmic script. They show gradual visual relationships and most of them are structurally similar. They are syllabaries with non-default vowels being denoted by diacritics and consonant clusters often forming complex ligatures.

Is there any constructed variant of this family of scripts that intentionally uses shapes found in the major European scripts (Roman, Cyrillic and Greek)? Preferably, it would be based upon the stems and loops of lowercase Roman letters. I think it’s impossible to achieve in a readable way, but maybe there is even a mimicry or "faux Latin" font for one of the existing scripts (e.g. Burmese or Malayalam) that would qualify.

PS: I have attached some roman letters in red to similar looking glyphs in the picture below. The imagined conscript would have a consistent set of letters and diacritics that looked much like roman ones. 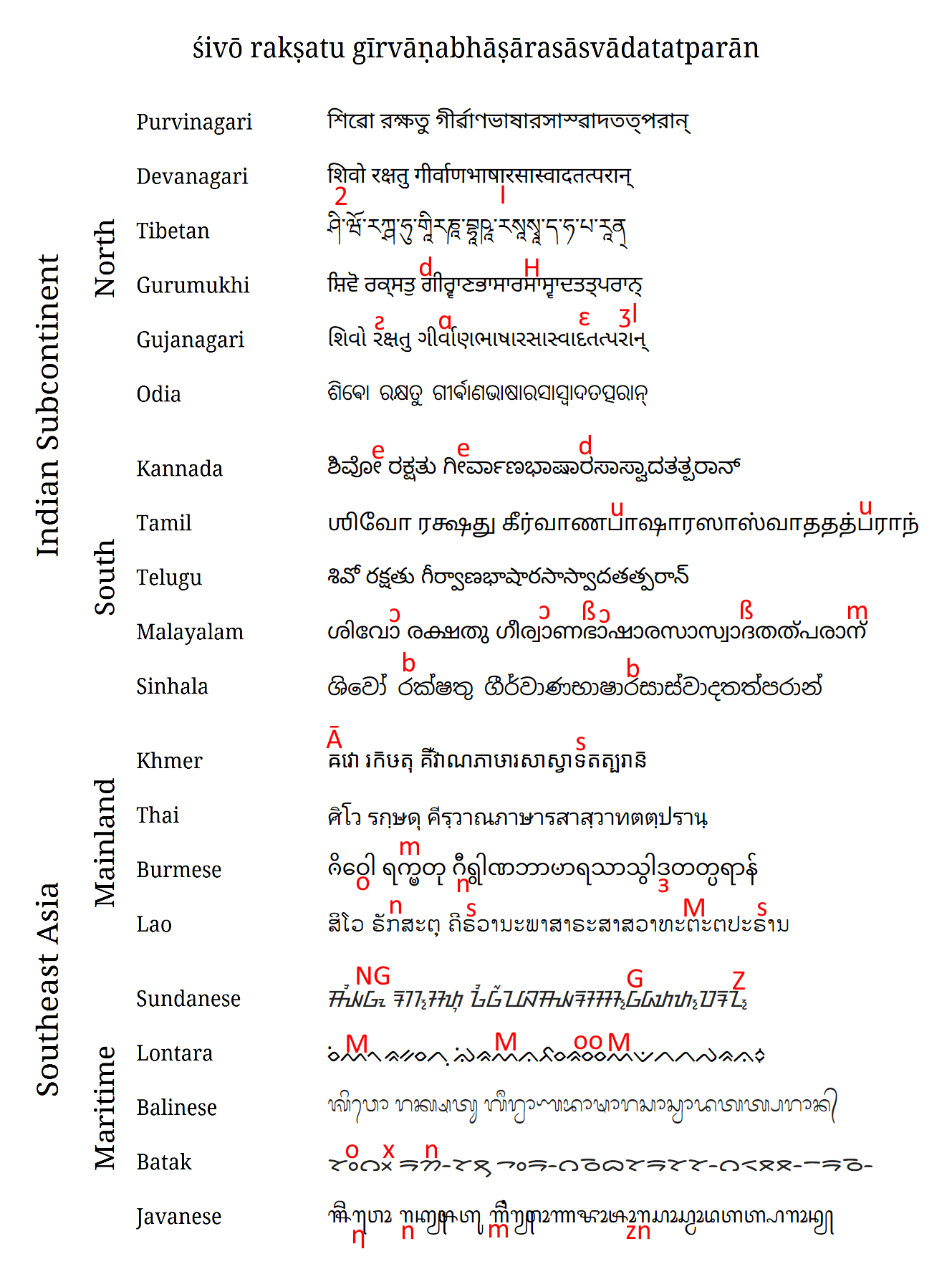 Franabugida by François Boullion, though developed for writing French, is a faux roman script with abugida features that fulfills the criteria pretty well, although some of the resulting shapes look quite foreign.

Akkhara Muni by Ian James comes close to being a roman-looking script with Brahmic abugida structure, although it lacks complex ligatures and (non-inherent) vowels are not diacritic-like.

The historic (but unused) Ariyaka script for writing Pali from 19th-century Siam/Thailand is also obviously inspired by Latin and Greek letter forms and the Brahmic system.

BLUIS by Punya Pranava Pasumarty does not meet the criteria, but due to its design, it could be used as a base: One would just need to make the letter forms more roman-looking.

Not the answer you're looking for? Browse other questions tagged writing-systems or ask your own question.

14
How could a syllabary be adapted for a language with a complex syllable structure?
10
With the death of CSUR, has there been any new Unicode proposal for con-scripts?
5
I'm constructing a language with some rather hard-to-produce symbols. Computer or paper?
3
Are there any constructed languages designed with a constructed script, both aiming to be international and auxiliary?
5
Could you have a language with only three words?