Is the Klingon alphabet inspired by Tibetan alphabet?

Is the Klingon alphabet inspired by Tibetan alphabet?

Because they look similar.. 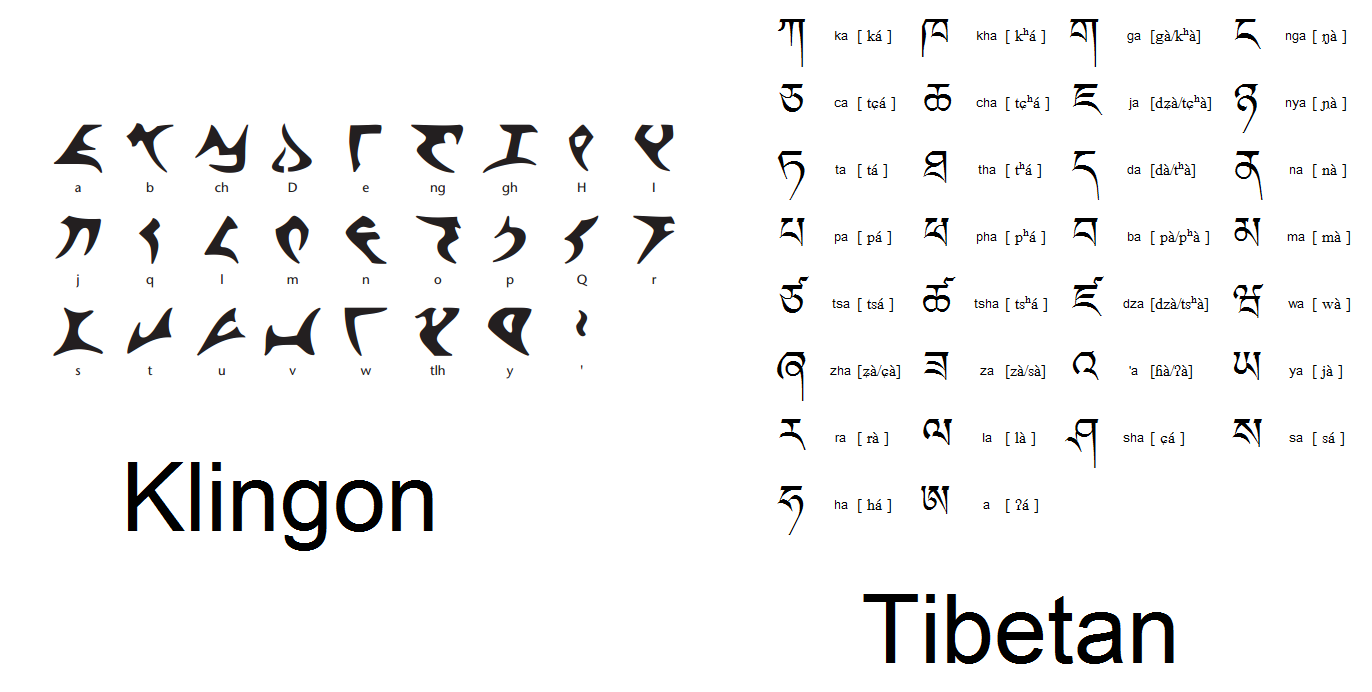 Considering this question is a rehash of another question on SX, I'm inclined to say it's chance resemblance — and not a very high one at that. It is very highly plausible that it was designed by a non-linguist at Paramount (if I understand correctly) at a time when there was no easy way of finding out about Tibetan even with the budding Internet of 1992 when the aforelinked article was published in the HolQeD journal of the KLI. The article specifically says:

More recently we’ve been treated to a different alphabet, (often incorrectly attributed to Michael Okuda, scenic designer for Star Trek: The Next Generation™), one which corresponds to the phonemes of Klingon as described by Okrand in The Klingon Dicitionary. While the characters themselves are easily identifiable from background displays on Star Trek: The Next Generation™ (assuming one has access to video equipment and a reasonably large television screen), there has never been an “official” release describing the particular relationship between individual glyphs and specific sounds. As Okuda has indicated (HolQeD 1:1, 11) all Klingon background displays are composed for appearance, not communication. And yet, an unofficial letter to a Klingon fan group from an unnamed source at Paramount resulted in the following alphabet: [...]

According to this answer on Science Fiction and Fantasy Stack Exchange, no. The author draws from the official Klingon language website, saying:

"...the producers called on professional linguist Dr. Marc Okrand to create authentic speech for the Klingons. His task was to make their language as alien as their ridged prosthetic foreheads, while still remaining pronounceable by human actors and consistent with the battle cries from the first movie.

Dr. Okrand did not base Klingon on any particular language, but drew on his knowledge of how language works to construct a wholly new language."

7
How would you say "good morning" or "hello" politely in Klingon?
18
Klingon: does anyone actually use pIqaD, or is the Latin transliteration sufficient?
16
What has the impact of Star Trek: Discovery been on the development of Klingon?
8
Dialects of Klingon
8
Is there a stroke order for any of the Klingon alphabets?
7
How many active Klingon speakers are there?
2
A Hypothetical Mediterranean Language Inspired by Both Greek and Latin
4
How do lists of three or more items work in Klingon?
3
Has anybody created an Arabic inspired shorthand for english?
4
How could the future "Kesh" language from the book "Always Coming Home" by Ursula K. Le Guin develop from modern languages?